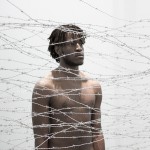 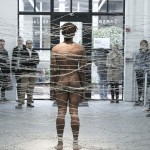 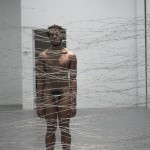 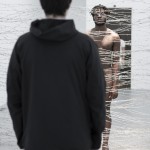 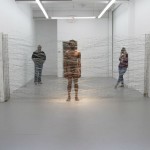 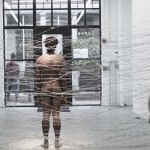 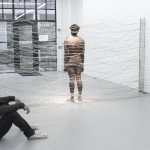 I stood in the center of the gallery between two barbed wire barricades that separated me from the public and divided the space into two areas. Each area had an independent entryway: the first one permitted the entrance of U.S. born whites and Europeans, while the second one permitted the entrance of blacks, latinos, Asian and Middle Eastern people, as well as any individual who was not European or born U.S. white. People were not allowed to mix for the whole duration of the performance.

(Commissioned by Sweety’s and produced by Samsøn Projects)